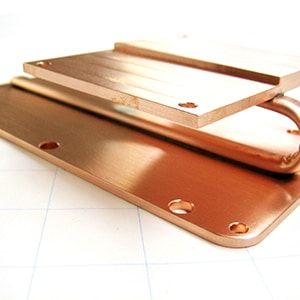 A heat spreader is a device having high thermal conductivity that is used to move heat from a concentrated or high heat flux source to a heat exchanger with a larger cross sectional area, surface area and volume. Heat spreaders can be solid conductors like copper, aluminum, or diamond or they can be phase-change devices like heat pipes and vapor chambers. 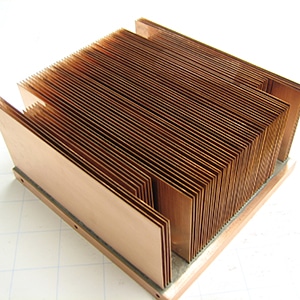 Thermal conductanceis the quantity of heat that passes in unit time through a plate of particular area and thickness when its opposite faces differ in temperature by one kelvin. For a plate of thermal conductivity k, area A and thickness L this is kA/L, measured in W·K−1 (equivalent to: W/°C).

Also (referred to as thermal flux , heat flux density,  or heat flow rate intensity) is the heat load per unit of area (W/cm2).

The heat transfer coefficient is the quantity of heat that passes in unit time through unit area of a plate of particular thickness when its opposite faces differ in temperature by one kelvin (k/L).

When thermal resistances occur in series, they are additive. So when heat flows through two components each with a resistance of 1 °C/W, the total resistance is 2 °C/W.

The following formula can be used to estimate the performance of a simple heat sink.

A device that transports heat utilizing the phase change characteristics of a working fluid inside of a tube. Heat pipes have extremely high effective thermal conductivities, typically 10 to 10,000 times more conductive than solid materials.

A heat pipe consists of a sealed aluminum or copper container whose inner surfaces have a capillary wicking material. Inside the container is a liquid under its own pressure that enters the pores of the capillary material, wetting all internal surfaces. Applying heat at any point along the surface of the heat pipe causes the liquid at that point to boil and enter a vapor state. When that happens, the liquid picks up the latent heat of vaporization. The gas, which then has a higher pressure, moves inside the sealed container to a colder location where it condenses. Thus, the gas gives up the latent heat of vaporization and moves heat from the input to the output end of the heat pipe. Heat pipes have an effective thermal conductivity many thousands of times that of copper. Heat pipes can be built in almost any size and shape.

The Evaporator is the heat input area (sometimes referred to as the vaporizer).  The heat causes the fluid located in the wick structure at this point to boil and enter a vapor state absorbing the thermal energy from the input source based on the fluid’s latent heat of vaporization.

The Condenser is the heat output area (sometimes referred to as the radiator).   The colder temperature at this location causes the vapor to condense back into a liquid state and become re-entrained into the wick structure.  The thermal energy that was absorbed during the vaporization is now released to the output.

The orientation of the heat pipe is important to the overall design and efficiency of the cooling system. While heat pipes function in any direction, it is important to consider the effects of working “with gravity” or “against gravity.”

The power that is being dissipated as waste heat (typically in W).  While power is a necessary design factor of the heat pipe, the watt density (typically in units of power per area) is more of a controlling factor for the overall system design. High heat flux devices usually require more complicated cooling solutions.

Heat pipes can be manufactured in a multitude of sizes and shapes. Unusual application geometries can easily be accommodated by Noren Thermal’ ability to shape and form the heat pipes while keeping the wick structure unharmed. If some range of motion is required, flexibility can be built into the heat pipe solution either by design or by material selection. Flat heat pipes are thin in profile and their flat surfaces allow for better thermal contact giving them increased performance. The increased cross sectional area allows for a lower delta T and greater heat transport.

Noren Thermal (NPI) has developed special tube bending tools and procedures which result in optimum performance for factory bent heat pipes regardless of the complexity or number of bends.

The more common working fluids for heat pipe designs used for ambient temperature ranges are water and methanol. NPI uses these and more, having developed over 37 different fluid combinations for specific applications.

Heat pipes have been widely accepted in military applications and have high reliability standards. Noren Thermal’ copper-water heat pipes can be expected to operate for over thirty years, far beyond the life/usefulness expected of the electronics.

Have Questions? We're Ready to Help! 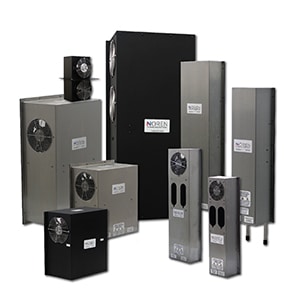 Noren thermal solutions are designed to cool overheating electronics in a variety of industries and applications. Check out our PRODUCTS section for more information. 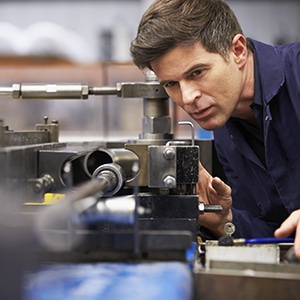 Get the latest and greatest company and industry news.