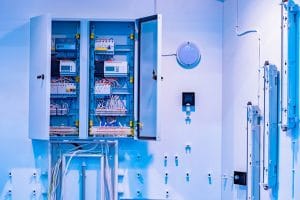 Cooling electrical control panels and other enclosures isn’t the only electrical thermal management need that modern companies have. However, it’ sone of the most common, which is why heat exchangers first became popular as a more streamlined method of achieving consistent, high-performance electrical enclosure cooling. The need to streamline the process of electrical cooling has grown more substantial as companies have invested in increasingly more powerful and streamlined technological solutions. The conventional methods that companies employed to cool their technologies, including air conditioning and air compressing applications, haven’t always been able to keep up.

To make it more efficient to maintain their technologies, companies have benefited increasingly more frequently from the use of more advanced electrical cooling solutions. In addition to making the process of preventing electrical overheating more efficient and cost-effective, modern heat exchangers have also made it more convenient for companies to keep up with increasing electrical cooling demands. They achieve this by utilizing more natural and eco-friendly methods of transferring waste heat, rather than conventional means of circulating chilled air throughout an enclosure. Transferring waste heat can be accomplished by taking advantage of a cooling fluid’s latent heat of vaporization and providing a path for the fluid to flow away from electrical components once it’s absorbed enough waste heat.

The implications beyond cooling electrical enclosures

For more information about the impact of cooling control panels more efficiently, call Noren Thermal Solutions in Taylor, TX, at 866-936-6736.