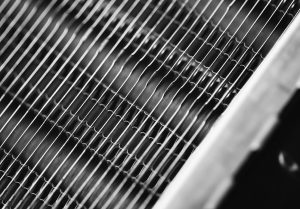 In different industries, technology can take on different roles. These days, those roles are increasingly more vital, sometimes taking over entire critical processes. The specific ways in which companies in different industries utilize technology may differ, but maintaining it and ensuring its optimal operation are often similar. For instance, no matter its use, any technology requires an adequate system for electrical thermal management. While there are several different forms of electrical cooling to choose from, heat exchangers have remained the most commonly implemented solutions across all industries for decades, and for several important reasons.

Of the many different concerns that come with electrical cooling, energy efficiency is one of the most significant. The cooling solutions that companies traditionally relied upon included air conditioning and air compression, which generate cold air to keep temperatures low inside of electrical enclosures. However, the process of chilling air and circulating it continuously is typically a costly one, most notably in the realm of energy consumption. With the advent of heat exchangers, which don’t rely on chilled air to cool electrical enclosures, companies in all industries have been able to substantially reduce their reliance on energy for electrical thermal management.

Reducing a company’s reliance on energy isn’t just a cost-saving necessity; it’s also a vital factor in today’s increasingly more popular green initiatives. In all industries, the push for greener energy and more environmentally friendly practices has become a dominant one, and electrical thermal management has been a significant focus. In addition to using less energy, the natural heat transfer methods used by modern heat exchangers have also been important in facilitating greener initiatives. For example, the importance of wastewater treatment has expanded to several different industries, and by utilizing heat exchangers, many companies can repurpose waste heat to facilitate the water treatment process.

Automated technology has permeated several different applications these days. Companies happily embrace the technology now, in part to reduce operating costs and improve efficiency, and partly to maintain a competitive edge above the rest of their industries. One of the many challenges with implementing automated technological solutions is finding equally or near-equally autonomous electrical cooling solutions. Unlike air conditioners, which can require frequent maintenance and nearly as frequent unscheduled repairs, heat exchangers can transfer heat using simpler, more reliable methods, such as convection and phase-change cooling. Without the complicated mechanics necessary to generate chilled air, heat exchangers have proven invaluable to the implementation of

For more information about the benefits heat exchangers bring to different industries, call Noren Thermal Solutions in Taylor, TX, at 866-936-6736.