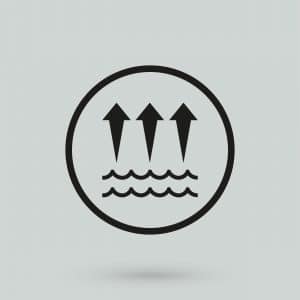 Electrical systems generate heat as they operate. Because many electrical circuits are enclosed to protect them from harmful contaminants, that waste heat can easily accumulate into pockets and damage sensitive electrical components. Electrical enclosures must remain cool to operate properly, and conventional methods such as air conditioning, which require excessive amounts of power, are not always financially or operationally viable. By contrast, modern heat exchangers utilize scientific processes, such as phase-change cooling, to provide consistent thermal management without drawing on large amounts of energy.

Heat exchangers transfer electrical waste heat using cooling fluids that cycle through the units. When the fluid is near electrical components, it absorbs the waste heat that the circuit emits. With a high specific heat, the fluid can absorb ample amounts of thermal energy without a significant rise in temperature. As it evaporates (phase-changes), the fluid flows away from the electrical components, where it can release the heat, condense back into liquid, and recirculate to continue the cycle.

Unlike air conditioning, the purpose of phase-change cooling is not to chill the air inside of an electrical enclosure, but rather to keep it cool enough to prevent heat pockets from forming. In most environments, that means maintaining a temperature that is just above the ambient temperature outside of the enclosure. This not only requires significantly less energy, but also prevents issues that can arise from air conditioning, such as frequent malfunctions, equipment damage, excessive condensation, and more.

Instead of relying on powerful, energy-draining air conditioning technology, many of Noren’s modern heat exchangers rely on science, such as phase-change cooling, to provide significantly more cost-effective solutions. To learn more, call Noren Thermal, Inc. at 866-936-6736. Now located in Taylor, TX, Noren proudly produces all of our products in the United States and delivers them to clients nationwide.