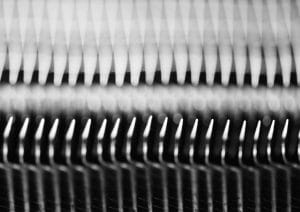 Companies in every modern industry have benefited significantly from the use of more efficient electrical cooling solutions. Compared to the more conventional methods of air conditioning and air compression, more advanced heat exchangers have provided substantial electrical cooling capabilities while minimizing the amount of energy required to accomplish it. The secret to these benefits lies in the more natural ways that heat exchangers prevent overheating, which involves consistently removing waste heat from electrical enclosures rather than introducing chilled air into them. While this process has generally revolved around creating ambient cooling cycles for typical applications, it can also be utilized for applications that require higher-performance, below-ambient cooling, as well.

The use of advanced thermal management processes

The advantages to utilizing more natural methods of electrical cooling have been significant to companies in many different areas. For example, transferring waste heat instead of utilizing chilled air has helped companies lower their dependence on large amounts of energy, reduce the need for maintenance and occurrences of unscheduled downtime, and much more. As the advantages of more efficient thermal management became more prominent among different industries, companies soon began utilizing the same methods for creating below-ambient cooling processes.