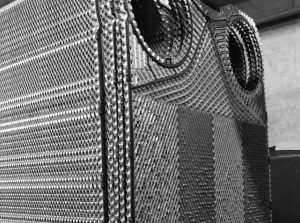 When it comes to the many different ways in which thermal management has evolved over the years, the changes that have had the biggest impact often differ from industry to industry. However, one of the most common and consistent advantages involve the reduced amount of energy that heat exchangers utilize to cool electrical equipment. Electrical thermal management plays an increasingly larger role in modern companies’ operations, and with many older thermal management solutions, that means increasingly higher amounts of energy (and associated costs). With heat exchangers, however, companies can maintain appropriate rates of electrical cooling with significantly less energy, which has helped improve several other areas of operations, as well.

Electrical thermal management has always been an important consideration for technology. Traditionally, however, it was a notoriously cumbersome consideration, and the solutions for it were often costly both in time and productivity. For example, many older forms of electrical cooling involve the use of air conditioners to chill the insides of electrical enclosures, such as control panels. The use of air conditioning solutions may be costly, but the importance of preventing electrical overheating meant that they were necessary. Even as the costs of energy and maintenance for such solutions began to rise, companies had to shoulder the additional burdens of electrical cooling out of necessity.

For the concepts of electrical cooling to be made more energy efficient, they had to change focus from the traditional goals of chilling electrical enclosures. Today, heat exchangers are more energy and cost efficient because they utilize more natural heat transfer methods instead of more traditional HVAC techniques. This involves using a cooling fluid that can absorb waste heat rapidly and transfer it before it has a chance to accumulate. This stops waste heat from causing damage to sensitive electrical equipment, all without having to rely on chilled air to do it.

The impacts on a company’s productivity