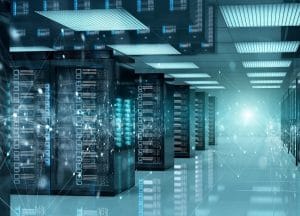 Today, computers control and are part of so many different aspects of modern life that we rarely consider just how quickly they’ve advanced over the years. However, in only a few decades, computers have gone from large, unwieldy systems that take up entire rooms to tiny, superpowered devices that can be carried around in a purse or pocket. While there are many different advancements that have contributed to the modern state of computing, streamlined electrical cooling systems (such as heat exchangers) have been among the more significant ones.

The need for efficient thermal management

All forms of computer technology utilize components that generate heat as they operate. This is to be expected, but it’s also important to prevent that heat from accumulating into pockets and damaging the sensitive components. As computer systems have grown more powerful over the years, their need for reliable thermal management solutions has also grown more important. At first, conventional cooling methods such as air conditioning and air compressing were effective enough to serve for traditional computing technologies. However, modern computers soon outgrew these systems’ high energy demands, complicated mechanics, and use of chemicals such as Freon.

The limitations of traditional solutions

As far as preventing electrical systems from overheating, traditional air conditioning and air compressing units were moderately effective. The problem when it comes to smaller and more advanced computing technologies is that such solutions are also cumbersome, both in size and in overall demands. For example, air conditioning and air compressing units take up lots of space by necessity. The equipment can be complicated, and the many different external parts they consist of need space to operate. Each phase of computing technology’s advancement has focused on making new innovations smaller and more convenient as well as more powerful, and traditional cooling solutions often presented problems achieving that goal.

The innovation of modern heat exchangers

For modern computing technology to advance at the rapid pace it has, it first needed a new approach to electrical thermal management. Heat exchangers have met that need consistently and with increasingly more impressive results. Instead of relying on chilled air to cool electrical enclosures the way traditional solutions do, heat exchangers focus their energy on absorbing and transferring waste heat before it can accumulate. This is accomplished with the help of a cooling fluid that flows through a looped system within the heat exchanger. After absorbing the heat, the fluid transfers it safely away from sensitive electrical components, then dissipates it in a cooler area of the heat exchanger.

For more information about what heat exchangers have done for modern computing, call Noren Thermal Solutions in Taylor, TX, at 866-936-6736.