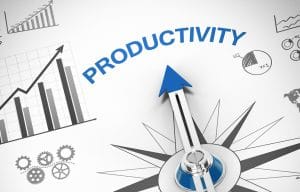 There are many different aspects of a company’s operations that affect its overall productivity, some of which impact the effectiveness of the others. For example, technology is meant to help streamline several different processes. However, if the technology itself isn’t as efficient as it should be, then it could have a negative overall impact, instead. This makes electrical thermal management especially important to a company’s overall productivity; when heat exchangers make electrical cooling simpler and more efficient, the technologies they cool can do a better job of making the company more productive.

Even advanced technology needs some level of human interaction, and that’s usually in the form of routine maintenance and repairs. Traditional electrical thermal management solutions, like air conditioners, come with a need for constant interaction, repairs, maintenance, and sometimes, replacements. Heat exchangers eliminate much of that need by simplifying the thermal management process. Instead of utilizing complicated machinery to chill the inside of an electrical enclosure, it can effectively prevent overheating by redirecting the heat before it can accumulate. The much simpler apparatus involves few or no moving parts, which allows them to operate continuously with minimal interaction.

Productivity involves more than just the rate at which employees can operate. It also includes the effort companies put into allocating their resources where they can do the most good. In the case of thermal management, the most often-used resource is energy. Large-scale air conditioning or air compressing units can draw on large amounts of it when they’re utilized for electrical cooling purposes. By contrast, heat exchangers don’t require nearly as much energy to transfer electrical waste heat. Most of the work is accomplished by the eco-friendly cooling fluid that circulates through the heat exchanger, which absorbs the waste heat so it can transfer and dissipate it elsewhere.

Creating a company culture of efficiency

In most companies, electrical thermal management touches nearly every aspect of their operations. When this process is made more productive, companies can more easily promote more efficient processes throughout their organizations. For example, in addition to cooling electrical enclosures, companies that utilize heat exchangers can also use them to supplement other processes that require energy, such as wastewater treatment. Using heat exchangers to repurpose heat for wastewater treatment helps companies improve their green efforts while also reducing their energy needs and costs.