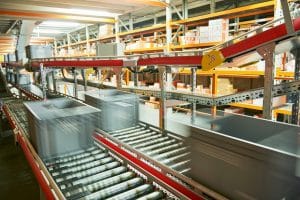 Technology comes in so many different forms that it now dominates nearly every aspect of society. Today, many of those forms involve some form of smart technology and/or automated applications that require little or no interaction from humans to operate properly. However, these technologies were not possible until modern heat exchangers made electrical thermal management simpler and more efficient. Automated technology, in particular, is an excellent example. You can’t set traditional cooling solutions like air conditioners to run continuously and then leave them alone without them using up large amounts of energy and then breaking down.

The value of cooling vs. chilling

After heat exchangers became popular, air conditioners no longer held back technology’s potential to evolve. They accomplished this by redefining electrical thermal management to simply mean the transfer of waste heat rather than its elimination with chilled air. Cooling an electrical enclosure only requires transferring electrical waste heat through the use of a cooling fluid (such as water). The goal is to prevent heat from accumulating while minimizing the amount of energy and maintenance needed to keep your thermal management and other technologies running smoothly.

How heat exchangers make it easy

This ability to achieve the same electrical thermal management goals without using up so many resources is the key to how heat exchangers made automation easy. One of the greatest advantages of heat exchangers is that they don’t require much energy, so they can be integrated seamlessly and conveniently into most types of applications. Because they cool electrical enclosures continuously and don’t need much maintenance, heat exchangers make cooling automated technologies much more efficient.

Industries that have benefited from automation

Since its introduction, automated technology has become almost as popular and widespread as heat exchangers. From manufacturing companies of all types to agricultural, pharmaceutical, and many other industries, automated tech has been a driving force behind their push to remain relevant. As such, they’ve all benefited from the many advantages that heat exchangers offer.

For more information about what electrical cooling looks like for automated technologies, call Noren Thermal Solutions in Taylor, TX, at 866-936-6736.