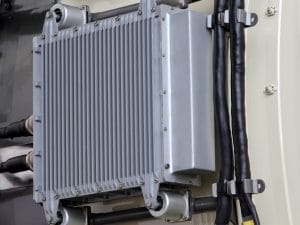 The usage and cost of energy

Heat exchangers were revolutionary because they approached the process of transferring electrical waste heat in innovative ways. For example, air conditioners and air compressors achieved it by generating chilled air and then using that air to drive out the electrical waste heat. The equipment needed to achieve these processes required large amounts of energy to operate, which had a significant impact on companies’ overhead costs. By contrast, heat exchangers work by circulating cooling fluid through a loop instead of relying on chilled air, which requires substantially less energy to achieve.

The need for routine maintenance/repairs

The reduced reliance on energy is a significant cost reduction in itself, but heat exchangers continue to benefit companies in their reduced need for maintenance and repairs, as well. Because they don’t require large, complicated, energy-draining machinery, heat exchangers can operate continuously in most applications without parts wearing down or becoming damaged. In fact, most heat exchangers operate with minimal external equipment, such as one or several small fans, or with no external equipment at all.

The hassle in going green

Thermal management isn’t the only area in which companies have invested in streamlining. In most industries, they’ve also placed a heavy emphasis on making other processes greener and more eco-friendly. However, heat exchangers have played a vital role in this shift in several different ways. For instance, reduced energy consumption naturally makes them more eco-friendly than air conditioners and other solutions. Also, the ability to transfer electrical waste heat means that companies also have the ability to make that heat useful, which is a core component in greener operations.

For more information about the important costs that heat exchangers naturally reduce, call Noren Thermal Solutions in Taylor, TX, at 866-936-6736.