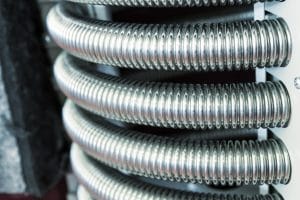 There are many ways in which companies can make significant strides in their quest to go green. For instance, energy-draining sources such as light fixtures and pollution-spewing vehicles are common targets for greener and more efficient initiatives, such as energy-saving light bulbs and electrical vehicles. Electrical thermal management isn’t as well-known, but it’s also an area in which companies can significantly improve their efforts at being more efficient and eco-friendly. Thanks to heat exchangers, keeping electrical enclosures and other technology and equipment consistently cool has become a much greener and more cost-efficient process than ever before.

Clean and efficient are cornerstones of green business initiatives, and heat exchangers epitomize those concepts in the way they’ve revolutionized heat transfer. They utilize processes such as natural/forced convection, conduction, and phase-change cooling to keep electrical waste heat perpetually shifting away from its source. Such processes depend more on the materials and cooling fluid used than on machinery and electricity, which means they don’t require the energy or attention that air conditioners require to operate continuously. It also means that there is no need for harmful chemicals, such as Freon, that could potentially pollute the environment or cause harm to employees who are accidentally exposed to it.

Making it easier and more natural to keep waste heat moving and preventing it from forming heat pockets is only half of the green nature of heat exchangers. Traditionally, the units are designed to safely dissipate the heat they collect away from sensitive electrical components. In some cases, however, they can transfer the heat to other nearby systems that can utilize it for other processes, such as wastewater treatment equipment. This means companies can further propel their green energy efforts by lowering their reliance on more traditional, costly heat sources.