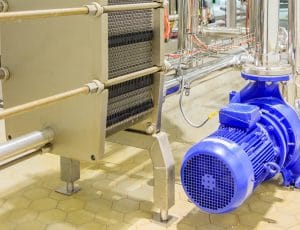 The most impactful forms of technology are those that are used for the widest-ranging applications. For instance, the internet itself began as a secure messaging platform, and today, it allows almost all other forms of technology to connect to each other. On a less grand but, in many ways, equally impressive scale, heat exchanger technologies have also been incorporated into a wide variety of applications over the decades. While they first gained popularity as a way for manufacturing companies to cut their reliance on expensive, unreliable air conditioning, today’s heat exchangers power much more than what they were originally intended for.

Cooling control panels and other electrical enclosures was among the first heat exchanger applications, and it remains one of the most common. Heat exchangers stop enclosures from overheating by absorbing and transferring the excess waste heat that electronic components generate. Unlike air conditioning, they don’t need heavy equipment to create and blast chilled air into the enclosure, which means they require less energy and less space to achieve more efficient thermal management results.

Manufacturing encompasses many different processes, most of them distinct to specific industries. For example, food and beverage manufacturing includes process to sanitize and prolong the shelf life of perishable goods, while industries like paper production rely heavily on wastewater treatment. Such processes require sustained applications of heat to highly specific degrees, which used to require exorbitant amounts of energy to facilitate. With heat exchangers, companies can often streamline their process by repurposing electrical waste heat to supplement the energy they utilize for other thermal management needs.

To learn more about the many different uses for modern heat exchangers, call Noren Thermal, Inc. in Taylor, TX, at 866-936-6736.