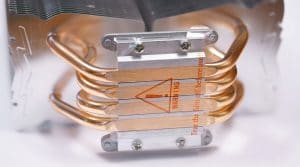 Heat exchanger technology was first introduced in the early 20th century. Yet, it wasn’t until close to the end of the century that heat exchanger technology advanced enough to be considered a viable alternative to traditional air conditioning. One of the most significant advancements was the heat pipe, which allowed manufacturers to create compact heat exchangers that operated within a closed loop. Since then, Noren has become a leading brand in improving thermal management through custom heat pipes and heat exchangers of all types. From industrial-size electrical cabinets to computer drives and aerospace technologies, we offer better thermal management solutions to help organizations save on operating costs while maximizing efficiency.

Heat pipes are a two-phase heat transfer system that utilizes latent heat of vaporization to control the temperature within an electrical enclosure. Made from metals that have high thermal conductivity, heat pipes contain fluid, such as water, that evaporates as it absorbs the waste heat given off by electrical equipment. The evaporated fluid is transferred to the cooler part of the heat pipe, away from the sensitive electrical equipment, to maintain a constant, slightly above ambient temperature within the enclosure. Rather than actively cooling hot spots within the enclosure using air conditioning or compressed air, heat pipes prevent hot spots from forming at all, greatly reducing the risks of overheating.

The Advantages of Custom Heat Pipes

Certain applications, especially in extreme ambient conditions, still call for the maximum chilling effects that only air conditioners and compressed air coolers can provide. For the majority of applications, however, cooling electrical cabinets to just above the ambient temperature outside is the best way to prevent overheating while also preventing the development of harmful condensation or oil clouds. Because heat pipes don’t require complex machinery, maintenance isn’t required as frequently. In most cases, Noren’s heat exchanger units can operate up to ten times longer than air conditioning units before needing repair or replacement.

Amid a variety of methods for cooling electrical enclosures, custom heat pipes can offer the most efficient and low-maintenance option for a majority of common applications. To learn more about the benefits of custom-designed heat pipes, speak with our experts by calling Noren Thermal, Inc. at 650-322-9500, or toll-free at 866-936-6736. Located in Menlo Park, CA, Noren proudly produces all of our products in the United States and delivers them to clients nationwide.